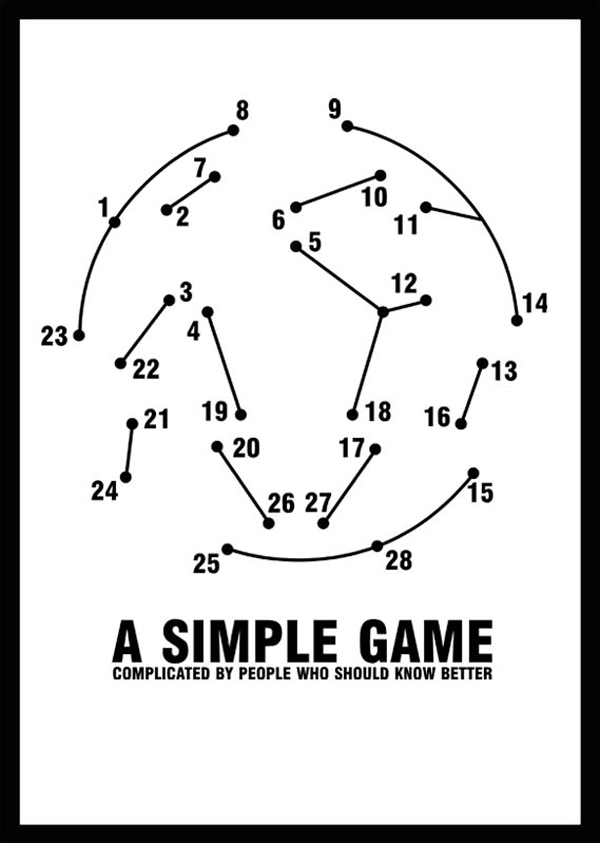 The aim of this piece was to try and convey the simplicity of football and to emphasise how the game is often over complicated or over analysed. I kept thinking that ‘childs play’ would suit the design well, due to its innocence and naivety, so I decided to create a football using a ‘dot-to-dot’ technique. The idea being that at first glance, the shape appears to be complicated, but if you just join the dots it soon becomes apparent what it is.

The quote I have included is taken from Bill Shankly, I thought it was particularly apt as it encompasses all levels of the game, from Sunday League right up to the ham-fisted goings on within the walls of FIFA.