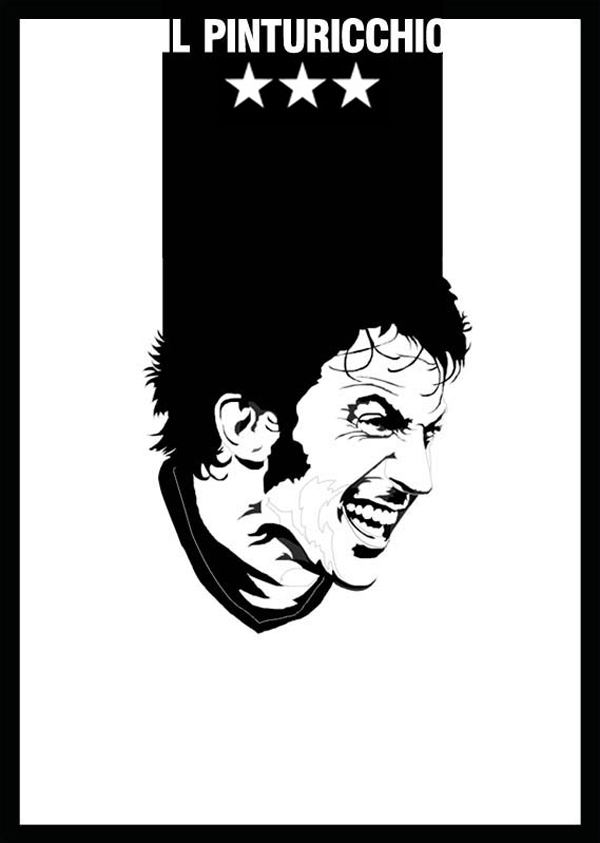 The inspiration for this piece came from Del Piero’s farewell message to the fans of Juventus, specifically the part where he said

With this is mind I wanted to do an illustration that was monochrome and minimalist. The emphasis being on the player himself, with only a suggestion of the black and white stripes of Juve in the background.