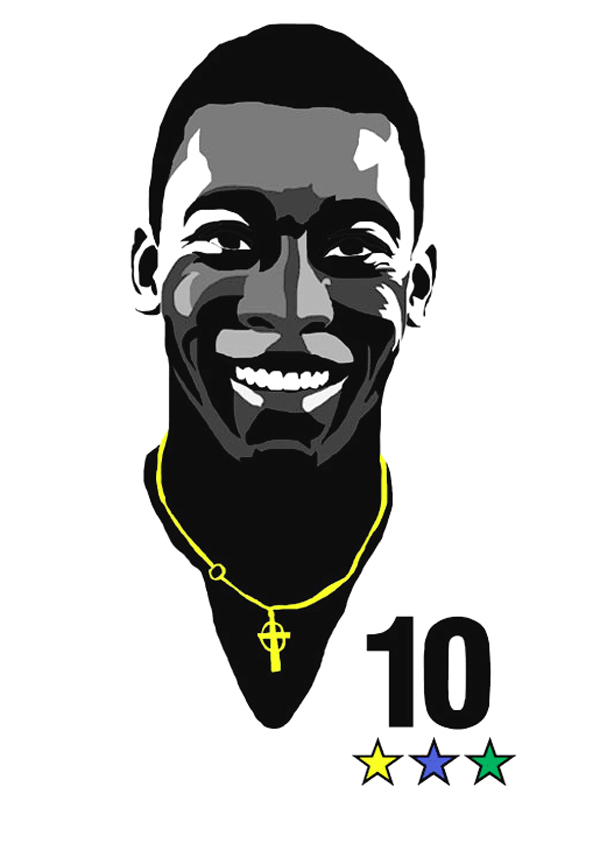 After the reception my Garrincha illustration got, I thought I’d better have another go at doing his strike partner, Pele. I made a conscious descision to go for the younger model Pele, before he became weighed down by his own legacy. In doing so I hope this particular piece has a degree of innocence to it. A couple of interesting facts cropped up whilst illustrating both players. One was that Brazil have never lost when both Pele and Garrincha have played in the same team. The other was that in the Estádio do Maracanã the home team dressing room is known as “Garrincha,” while the visiting team room is known as “Pelé”. Anyway it felt as though I couldn’t draw one without the other.