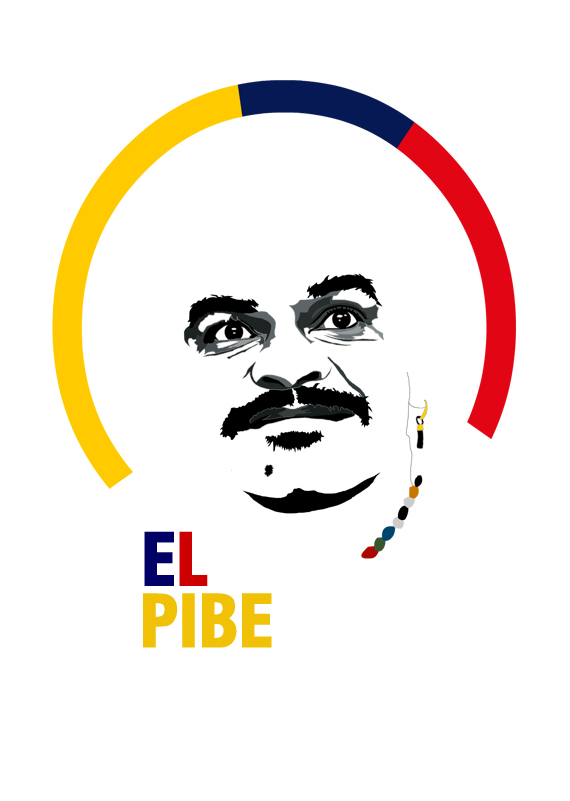 Ever since i started doing these illustrations one name kept cropping up again and again… Carlos Valderrama. The number of requests, suggestions and pleas i’ve had to tackle this particular icon has finally forced my hand.

A came across a number of interesting images when researching the piece, most notably this Valderrama / Doll hybrid which still gives me sleepless nights to this day. As if that wasn’t bad enough I also found this “pre-fro” classic from early in his career (its like Samson without his locks).

Anyway back to the image itself.

Once I’d started messing around with a few ideas I began to wonder if the inclusion of such an iconic hair style was too obvious. So instead i opted for an inverted three colour shape taken from the Columbian badge, hopefully its not too subtle and your minds eye can fill in the blanks as to where his hair should be etc.

The phrase El Pibe at the foot of the illustration is his nickname i.e. The Kid.