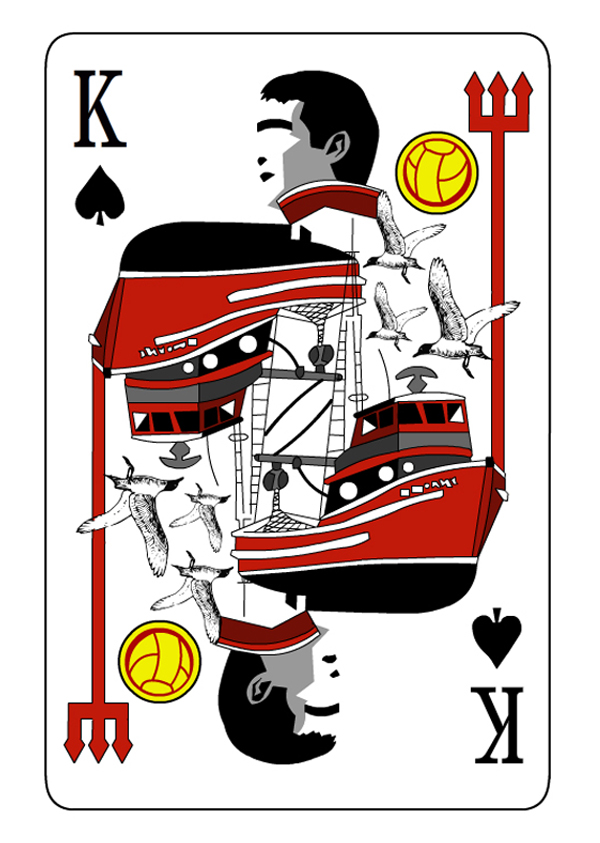 Callum Hamilton over at Surreal Football asked if I’d have a go at doing an Eric Cantona piece to compliment his latest Approved XI article.

You’d think a character as huge as Cantona would be an easy option but it actually proved to be the opposite. My starting point was his ‘King Eric’ nickname so having him as the King in a deck of cards seemed a fairly straight forward premise.

The main issue was coming up with a pattern that would make up the rest of the card. It’s probably no great surprise i went down the “seagulls follow the trawler” route, so I decided to throw in the ball and trident from the Man Utd badge for good measure, the trident also doubles up as a King Neptune nautical reference.

I tried to keep his features as minimal as possible (apart from the iconic mono-brow of course) so that hopefully the eye is drawn around the pattern rather than settling on one part.