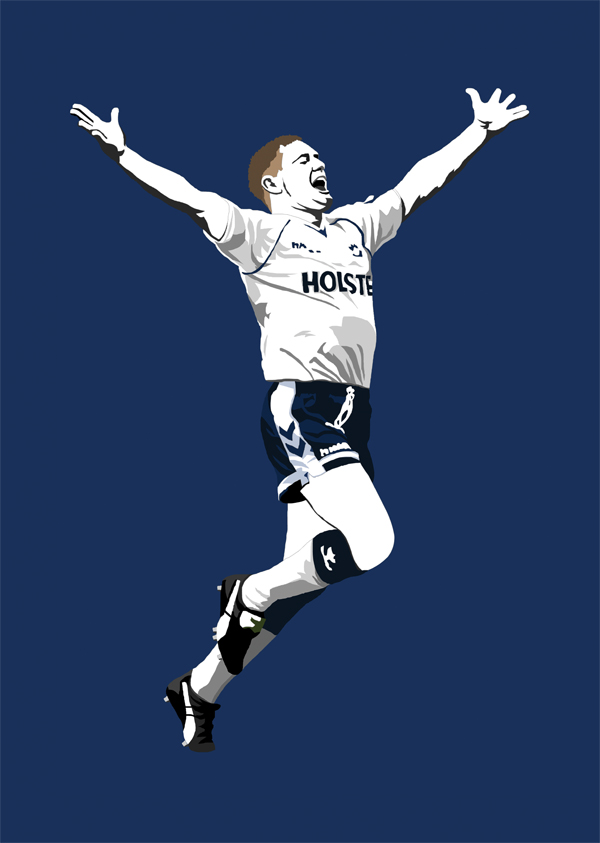 Having already created a number of Arsenal illustrations namely Highbury, Bergkamp, Walcott, Rocastle etc, I thought it was high time I redressed the balance and created something for my long suffering Spurs followers. I had originally wanted to create a Hoddle illustration but at the last minute had a change of heart, going for this classic image of Paul Gascoigne instead.

Seen here celebrating after scoring against Arsenal in the 1991 FA Cup Semi Final, the commentary summed things up with this memorable quote “Ohhhh, that is school boys own stuff, I bet even he cant belive it”.