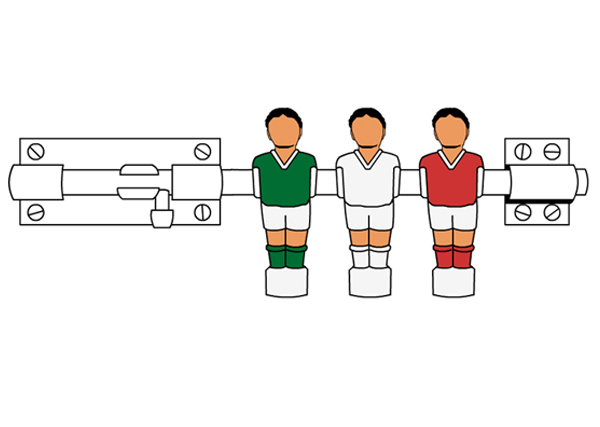 I decided to have a go at depicting the Italian tactical system known as Catenaccio. Taking the literal translation of the word, i opted to incorporate a door bolt with table football. The idea I wanted to get across was that even if you tried to undo the bolt; the way the players are positioned, i.e. their ‘formation’, makes it impossible to open.