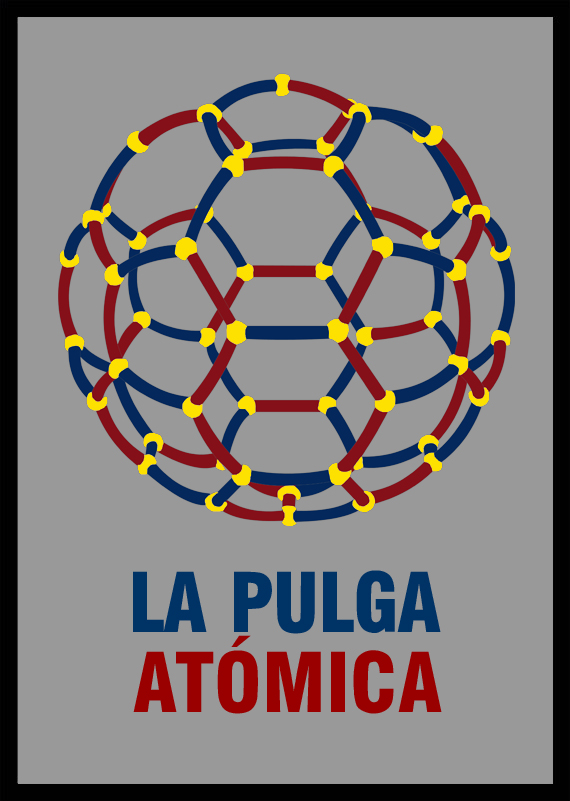 Like so many defenders before me, I found the task of capturing Lionel Messi nigh on impossible. I knew I wanted to depict the Mini Maestro but deciding how to sum him up in a single image was begining to look like a bridge too far.

Messi’s nickname The ‘Atomic’ Flea had seemed like the perfect subject matter. However, with only a limited knowledge of physics (Grade: C) I didn’t really fancy my chances.

I could not believe my luck then, when I finally discovered the ‘Buckminsterfullerene‘ molecule, which (as you can see) looks almost identical to a football. After I’d added Messi’s South American nickname and the Barcelona colours it finally gave the piece the kind of balance I had originally been looking for.