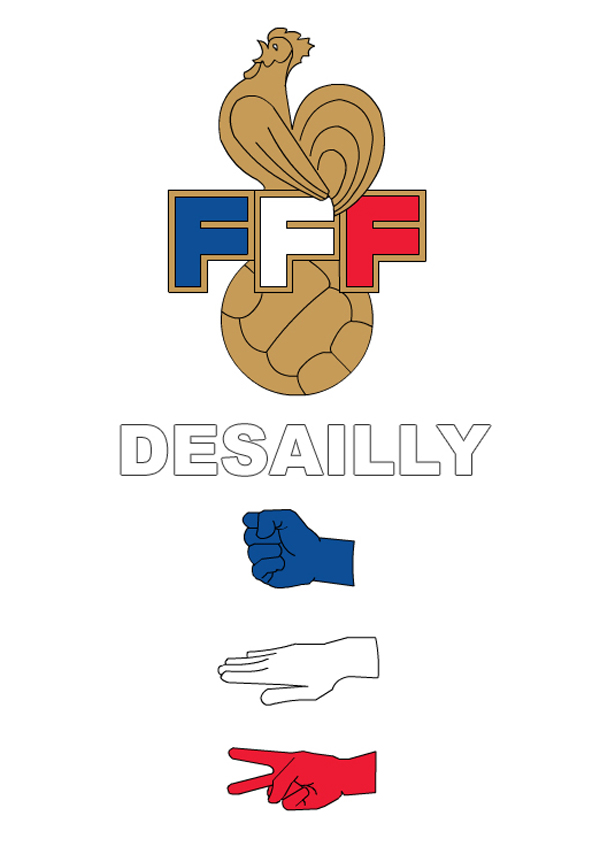 I settled on this design after a rejecting a couple of others ideas, in the end I decided to keep it simple and go for the popular kid’s game ‘rock, paper, scissors’.

Before you say it, yes I know ‘paper’ beats ‘rock’, but lets be honest… who’s realistically going to have ‘paper’ in their defence?

You’d probably stick ‘paper’ out on the wing wouldn’t you? Whilst ‘scissors’ might give you a cutting edge up front, when it comes to the heart of your defence it just has to be ‘The Rock’.